The Siwa Oasis & A Project Announcement 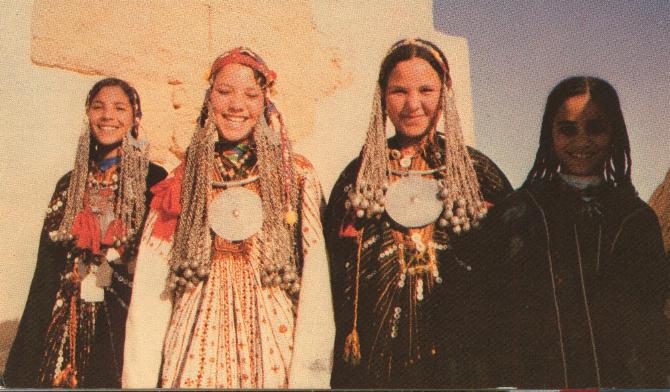 The Siwa Oasis & A Project Announcement

The Siwa Oasis is a private, unique, and interesting place, it is also a notoriously difficult place to find.

The location of Siwa is shown in orange on the map.

For years Mme. Farida Fahmy (female main dancer of Firqa Reda) would tell me of her experiences in this fascinating oasis in the midst of the vast Western desert, and how she, Mahmoud Reda, and the Reda Troupe fieldwork team followed the telephone poles as guiding lines across the desert to locate Siwa.

The Siwa men did dance and were photographed, music was recorded, and Reda described the dances.  The Siwa women, however, although hospitable and gracious to the women of the Reda Troupe, would not dance nor allow themselves to be photographed

Mme. Farida was enchanted with Siwa, and intrigued that they had their own language, dress and customs.  She instilled in me an anticipation of the moment I got to go to Siwa.  It would be more than 10 years before I could go to Siwa Oasis.  Even though I had moved to Egypt in 1989, I had only one night a week off from my show.  It takes 3 days just to get to Siwa from Cairo and back again, so I wasn’t able to make the trip until 1997. So, in order to learn the way the women danced, Mahmoud Reda had to come up with a different plan.

He asked the mayor of Siwa to ask the parents of the school children to have them bring their family’s wedding clothes.  The children brought in their family’s garments and Mahmoud took photographs of the ritual wedding clothing and jewelry with the children. Because the children were young there was no stigma to them being photographed, not even the girls.  Mahmoud had the Siwa musicians play and the children were encouraged to dance, Mahmoud told me that he saw that the boys were dancing like their fathers, so the observers figured that the girls were dancing like their mothers.

By the time I went I had learned more about more about the Siwi people; their language, customs and dress are all Amazigh (Berber) based.  Siwa is currently the only Amazigh population in Egypt, as most of the Amazigh live in countries farther to the west.  I had also started to investigate the history of Siwa’s Oracle of Amon-Ra, who was very influential in the days of the Roman Empire.  But still, to me, it was magical, almost like the fictional “Brigadoon” where the city appears and disappears, as subjective as that sounds.  Every time I go to Siwa I need a day to acclimate and feel normal again.

I have several video cassettes of research in Siwa of each of my three visits between 1997-2007 and unfortunately the camera I filmed them with is broken. In the next couple of weeks we will be launching a Kickstarter to fund the transfer of all my research tapes to digital media, which I will happily be sharing with our backers, and with anyone else who chooses to join the new Research Support Membership Program.

I have over 200 camcorder tapes, ranging from Hi8 cassettes to MiniDV’s and several styles in between. This amounts to over 200 hours of video research that was taken between 1989 and 2008. I will be releasing snippets of this video each week to members of our Research Support Membership Program, as well as a clips that are relevant to my blog posts here when appropriate.

There is a lot of knowledge locked away in a format I can’t access, and I need your help to bring that knowledge to you. Please make sure to join our newsletter to be the first to know when our Kickstarter launches, and to be a part of bringing these bits of research and history to the modern age. Later this week we’ll have a lot more to say on this new project, so please join our newsletter to make sure your always getting the most up to date information from us.

Header image is a postcard image available in Egypt in the Siwa region.

END_OF_DOCUMENT_TOKEN_TO_BE_REPLACED
Part II – What If We Viewed Egyptian Folklore As A Puzzle?
Sun Day at Abu Simbel Temple

4 Responses to The Siwa Oasis & A Project Announcement